VTA Nanofloc® – This is where it’s at!

In a small town in Upper Austria, 50,000 enthusiastic fans celebrate for four days at the biggest brass-band music festival in Europe. VTA ensures that the treatment plant can easily cope with this enormous load.

The ‘Woodstock of brass-band music’ is a phenomenon:
At the beginning of July, some 50,000 visitors from all over Europe flocked to the municipality of Ort im Innkreis – population 1,250 – for the seventh brass-band festival. They saw 100 acts of all kinds from all over the world on five stages, plus the atmosphere of a rock event and as an encore, a world record set with more than 10,000 musicians playing a march together.

The ‘Woodstock of brass-band music’ is unique, but just as unique is the challenge in store over the four days for the treatment plant run by Reinhalteverband Mittlere Antiesen, the local clean water preservation association, less than a kilometre from the festival site. “We then have three times the usual load”, says Heinz Summereder.

For the plant’s boss of many years’ standing, this year’s ‘Woodstock of brass-band music’ was the final chord in his career, so to speak, as he went into a well-deserved retirement at about the same time. Together with his successor Josef Deschberger, he checked up on the plant several times a day over the festival weekend in order to be able to intervene immediately in the event of any problems.

Coped with load without any problems

But that proved unnecessary. “There wasn’t much to do – thanks to VTA Nanofloc®”, the two wastewater professionals recall. As a precaution, they had increased the biomass in the 20,000-PE plant. This was of course only possible because the nanoparticles in this high-tech product from VTA ensured perfect settling properties and a high rate of sedimentation, giving the plant the necessary reserves to cope with the sudden increase in load without any problems.

“That really was quite impressive, because it would hardly be surprising for the plant to come up short under these conditions”, says Heinz Summereder, nodding in appreciation. “Even with the highest loads, the visibility depth never dropped below 150 cm”, adds Josef Deschberger.

This by no means goes without saying, even if it is generally taken for granted that treatment plants will continue to function as usual even during large events. “It’s not something many visitors give any thought to”, says Heinz Summereder. “Nor to the masses of toilet paper and other residues that the team at the treatment plant hauled off from the grill over the four days – a total of five containers full.”

With VTA, the Mittlere Antiesen clean water preservation association was always on the safe side, even during the most intense hustle and bustle of the festival. As is the case all year round, because in Ort im Innkreis, they’ve been relying on the concentrated power of VTA Nanofloc® for five years now. Back then, the first-rate product put a lightning-fast end to the vexing problem of scum at the plant. Since then, VTA Nanofloc® has been in continuous use.

Soon, its application will be even more cost-effective and precise, by means of dosing with automatic adjustment controlled by the sludge level measurement. With this feedback, it is possible to prevent limit values from being exceeded right from the outset, even under high hydraulic loads, without the need for manual intervention. “A control system of this kind is not only possible on a large scale, but is also feasible at smaller treatment plants”, emphasises VTA expert Christian Baier. 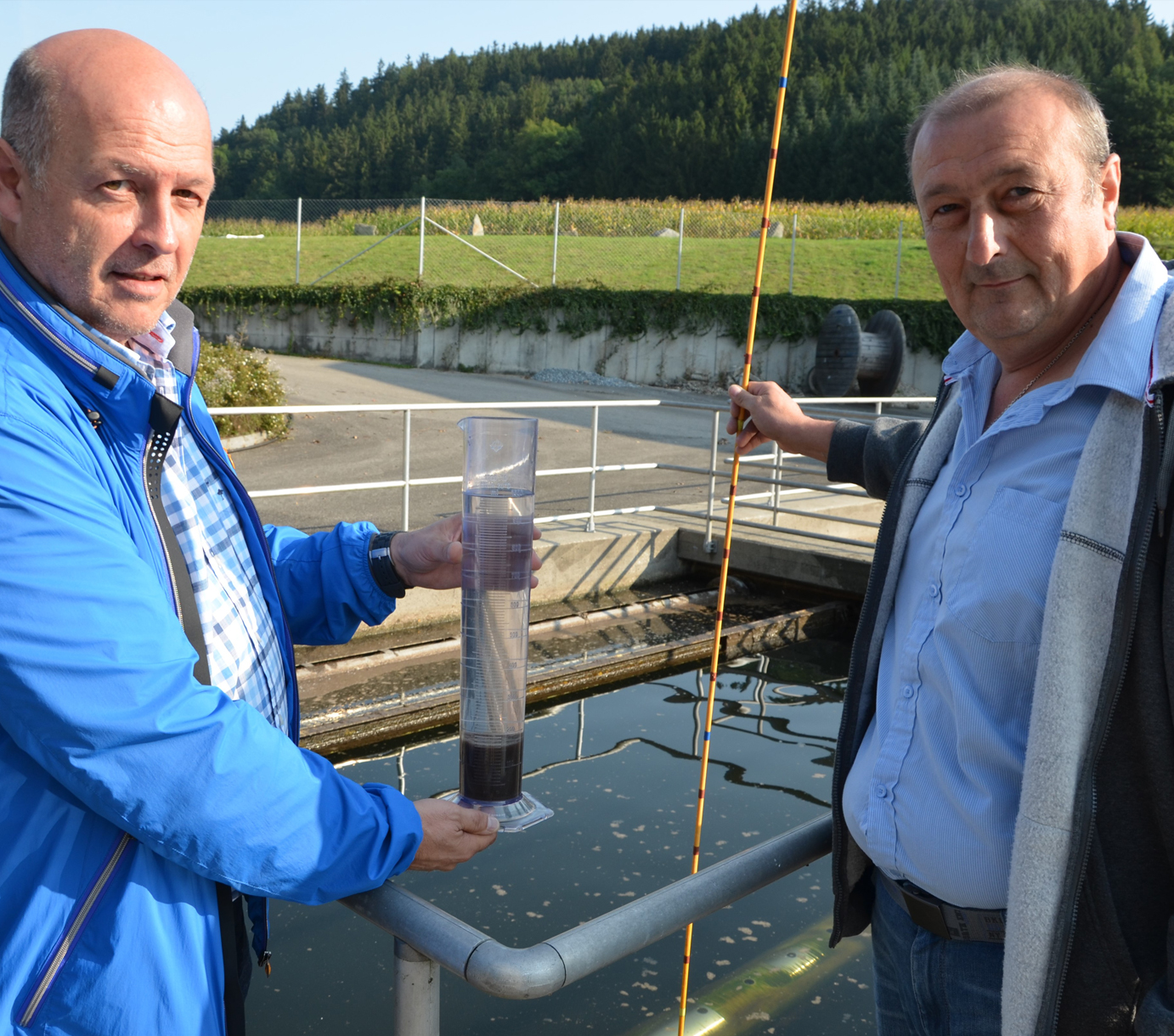 It would hardly be surprising for the plant to come up short. But not with VTA Nanofloc®! Even with the highest loads, the visibility depth never dropped below 150 cm.