In the Uckermark district of Brandenburg, water is ubiquitous. Located in the north-east of Brandenburg, Germany’s biggest administrative district by area is dotted with almost 600 lakes, which were formed as the ice masses receded after the last ice age.

The town of Prenzlau is situated at Unteruckersee, one of the biggest of these lakes. Modernised in 1997, the town’s wastewater treatment plant is designed for up to 80,000 PE and is currently handling around 55,000 PE. It treats wastewater from Prenzlau and a number of neighbouring villages, as well as the contents of many cesspools from the surrounding area, as Uckermark is one of the least densely populated regions of Germany.

Increased amount of grease in the inflow

Of particular importance for plant operation here, however, are the two largest indirect dischargers: a dairy plant and an ice cream factory. So it was probably as a result of a change in production at these companies – less ice cream, but more butter – that the eight employees at the plant found themselves facing new challenges last year. On top of that, tube diffusers in the activated sludge were worn, which meant that uniform oxygen distribution was no longer guaranteed. Taken together, these two factors obviously encouraged the growth of filamentous bacteria, and the sludge volume index increased.

Seeing this adverse development, deputy plant manager Klaus Willecke did not want to stand idly by, and in a wise act of foresight, the Prenzlau municipal utility provider contacted VTA. “We had already read a great deal about the efficiency of VTA products in ‘Der Laubfrosch’ and about how good VTA’s service and consulting are”, says Willecke, who is responsible for process analysis and wastewater optimisation.

This farsightedness proved to be dead on, because the situation came to a head at the beginning of 2010. The filamentous bacteria (identified by VTA biologists as Microthrix parvicella through microscopic analysis) spread rapidly in the biology of the Prenzlau plant; the sludge volume increased to such an extent (index sometimes over 180 ml/g) that the sludge spilled over on occasion into the secondary clarifier. A growing risk of sludge overflow threatened.

By this point in time, however, VTA had long since conducted a thorough analysis of the situation, and was at the ready with the right solution: VTA Nanofloc® was to restore the hydraulic stability of the plant.

The nanotechnology-based system product impressed with its rapid and sustainable effect: “Since dosing commenced, the sludge volume index has been falling continuously, and the depth of visibility has increased rapidly”, confirms Klaus Willecke: “This “stuff” actually works the way it’s always described!” This is also confirmed by Willeckes’ extremely detailed assessments, which he undertakes on a regular basis, including a weekly in-depth analysis that fully records all relevant data. This extensive analysis put VTA Nanofloc® through its paces during the entire period of use, and it passed the test with flying colours: “We haven’t had it this good in a long time”, explains the deputy plant manager. Incidentally, this detailed analysis is not something he sees as an optional extra; it is essential: “It’s important to know how your own plant is running.”

He adds that it allows you to react in good time rather than shutting the stable door after the horse has bolted, which is important both in terms of environmental protection and with the taxpayer in mind.

Plant operation is currently stable, dosing with VTA Nanofloc® is not necessary at the moment. But that may well change again: on the one hand, the dairy still has free production capacities it can exploit as required and, on the other, the municipal utility provider is planning to temporarily shut down one of the two aeration lines to replace the tube diffusers. The Prenzlau treatment plant therefore always keeps a certain amount of VTA Nanofloc® on hand to ensure that it is prepared for any eventuality.

Sludge volume index and visibility depth improved quickly and sustainably with VTA Nanofloc®: complete analysis of all data at the Prenzlau treatment plant provides proof of the effectiveness of the innovative VTA product. 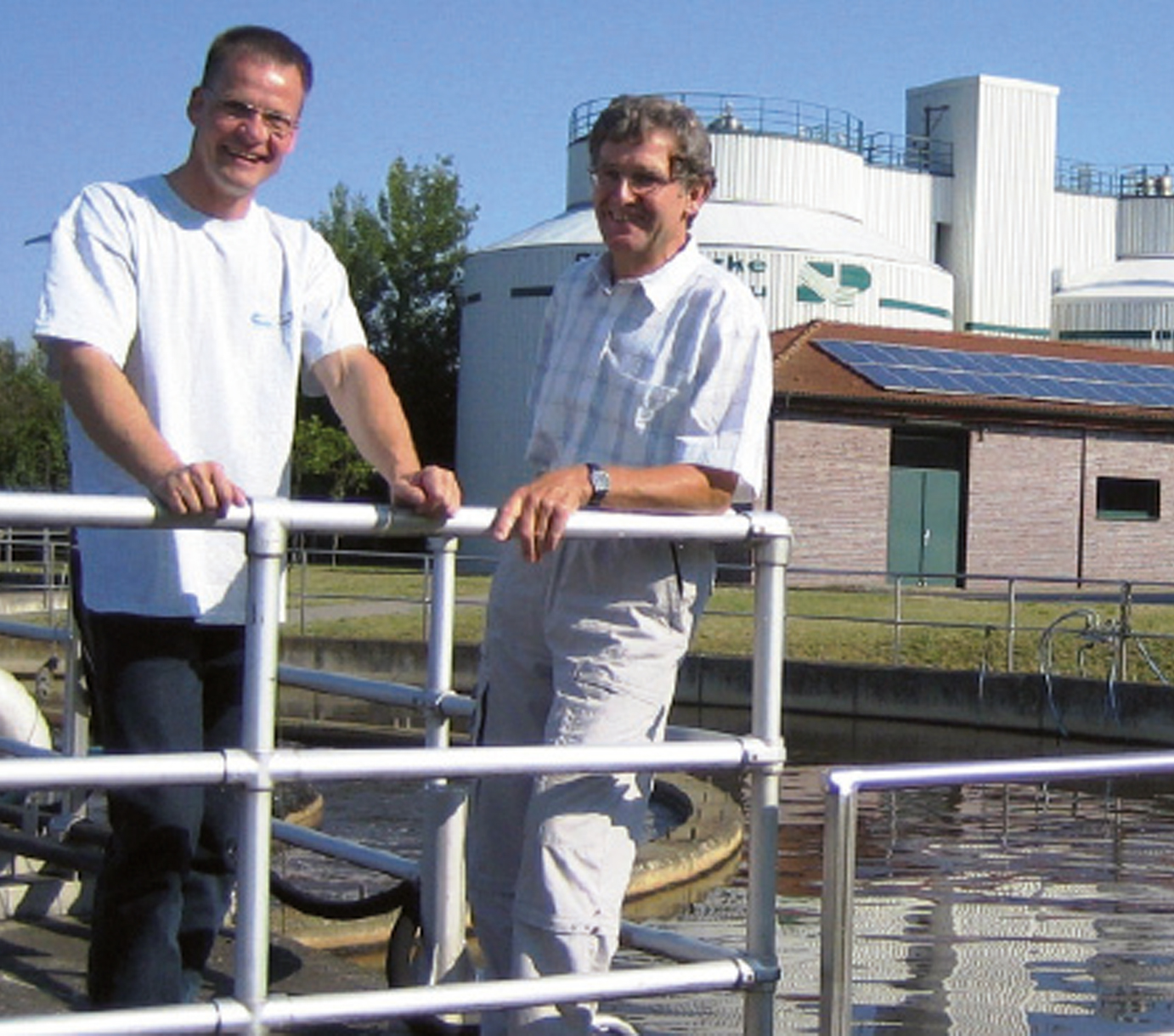