VTA Biosolit® not only significantly increases degradation capacity, it can also bind CO2 produced in the treatment plant. This prevents the release of considerable amounts of the climate-damaging gas.

The Eferding basin is one of the most important vegetable-growing regions in Austria. VTA ensures that wastewater treatment there is well up to the high standards required of it – as well as being reliable and climate-friendly.

From A for artichokes to Z for zucchini: around 70 varieties of vegetables thrive in the fields around Eferding, a particularly fertile and climatically favoured region of Upper Austria. The fruits and vegetables grown here are mainly cucumbers, white and red cabbage, beetroot, potatoes and apples. Around two thirds of the annual harvest is sold fresh from the shelves, with the remainder used to produce pickles and preserves. 100,000 tonnes of raw ingredients per year are processed by efko alone, Austria’s largest vegetable refiner.

Vegetable production and processing are the hallmark of the region. As the main source of income for many farms, they provide hundreds of jobs. But this also presents special challenges in terms of wastewater treatment: ‘Our job here is certainly somewhat more demanding than elsewhere’, says Alfred Holzinger, managing director of Reinhaltungsverband Großraum Eferding, the local clean water preservation association.

High loads at peak times  The association comprises seven municipalities and operates a treatment plant in Pupping, which is designed for up to 60,000 PE and has an average load of 31,500 PE. ‘However, at peak times during the vegetable campaign, the plant has to cope with significantly higher loads’, explains plant manager Roland Wiesinger. Then there are high salt loads, which have an inhibiting effect on the plant biology. They interfere with the lime-carbonic acid balance, promote floc decomposition and the development of filamentous bacteria – with all of the associated negative side effects, such as a high sludge volume index, scum and ultimately digester tower foams, which time and again caused considerable disruption to operations.

Initial discussions with Bernhard Scheuringer, key account manager for European markets at VTA, were followed by the launch of a comprehensive programme to ascertain the current situation, which precedes every activity at VTA. On the basis of biological analysis and laboratory tests, a two-product solution was then developed to meet the specific requirements of the plant. The system product VTA Biosolit® for phosphate elimination also optimises the plant biology by activating the microorganisms and regulating the lime-carbonic acid balance. At times of high loads, VTA Nanofloc® is additionally used to ensure that the plant can cope with peak loads without any issues.

In a spirit of constant coordination and excellent collaboration with the operating staff, the association’s treatment plant – which was last structurally adapted in 2006 – was thus ideally configured to meet the requirements. And according to managing director Holzinger, these requirements are likely to increase in the future, as a new approach to irrigation for agricultural land in the region makes it possible to further intensify vegetable cultivation.

In a food-producing region like the Eferding basin, there is also a special focus on environmental and climate issues. Here too, the Eferding clean water preservation association can make an additional contribution with the VTA solution. Because as a bioactivator, VTA Biosolit® not only significantly increases degradation capacity, it can also bind CO2 produced in the treatment plant. This prevents the release of considerable amounts of the climate-damaging gas, as Professor Martin Wagner of TU Darmstadt has proven scientifically. For the treatment plant in Pupping alone, there is a calculated savings potential of around 344 tonnes of CO2 per year. 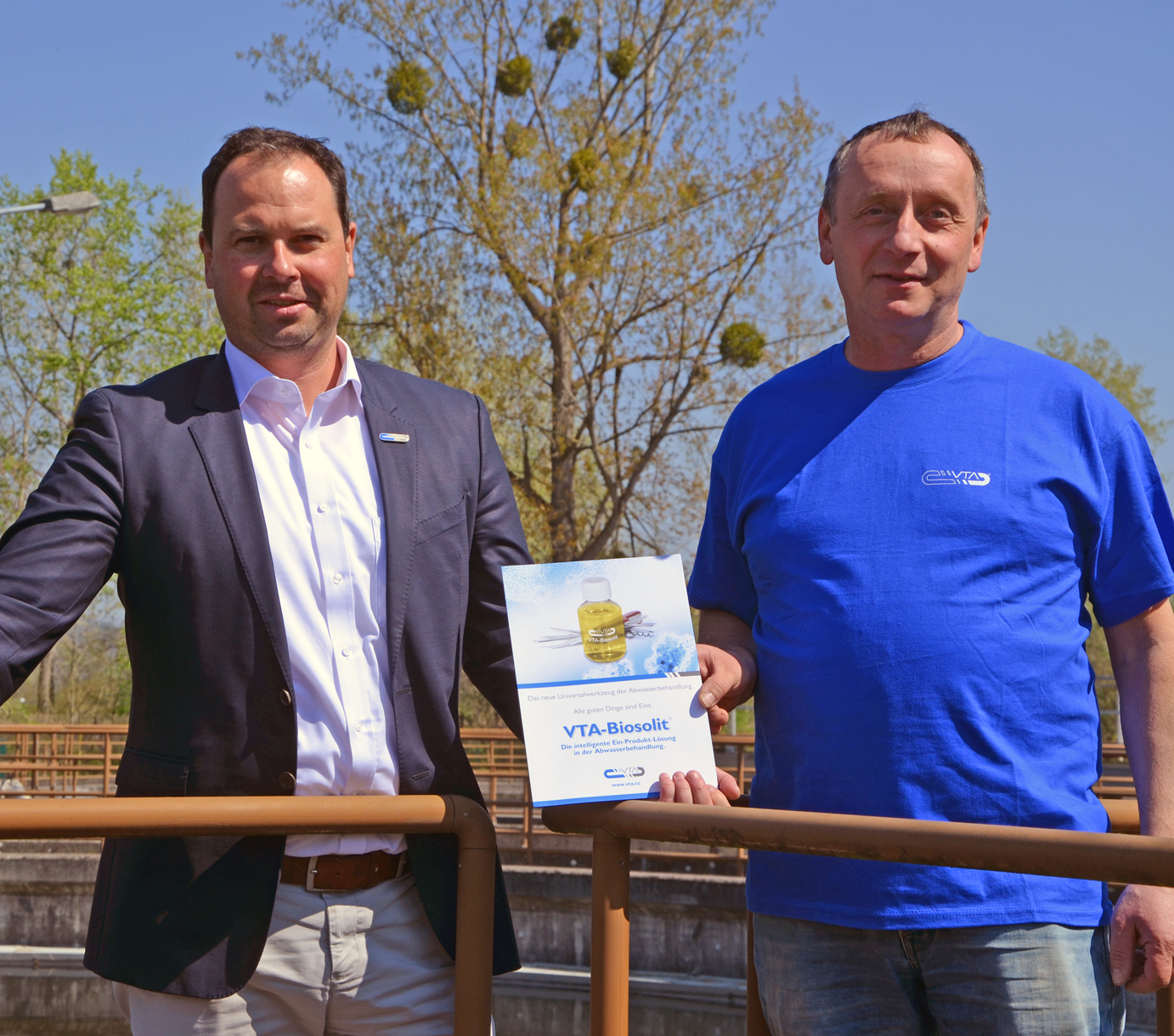 ‘When the demands on the plant are particularly high, it is all the more important that it runs optimally. Products and service from VTA are a great help for us in this respect.’