Thanks to VTA Biosolit®, everything’s okay in Passau now

For Erwin Gattermann and his team, phosphorus precipitation in particular was causing problems: ‘At times, we weren’t even able to dose as much precipitant as would have been necessary. The pumps were just not up to it’, recalls the department manager responsible for the Passau treatment plant.

Not only that: the activated sludge process at the 110,000-PE plant is aerated with pure oxygen and the pH value is comparatively low as a result of the low water hardness.  The addition of large quantities of precipitant pushed the value even further into the acidic environment, with a corresponding negative impact on the ecosystem and floc structure. There were occurrences of suspended solids and sludge outflow – continuous smooth operation was not guaranteed.

The team’s efforts therefore focused primarily on the biological stage, although an eye also had to be kept on sludge dewatering: ‘After all, with a plant of our size, you can’t look only at the ecosystem, you also have to consider digestion’, says Erwin Gattermann.

In this situation, the people in Passau went to work with VTA to find a fundamental solution to the problems. Bernhard Scheuringer, who is responsible at VTA for the technical support of international markets, quickly realised that this solution might well be VTA Biosolit®. In close collaboration with lab and treatment plant technology staff, a separate specification of the product was developed, precisely tailored to the requirements in Passau. Two optimum dosing points were also identified.

That this is in fact a success on the part of VTA Biosolit® and was not caused, for example, by changed inlet conditions was shown when a different agent was then used by way of experiment in Passau: the pH value dropped and the drain values immediately deteriorated. A quick return to the intelligent VTA solution followed.

‘Thanks to VTA Biosolit®, we have consistently low drain values and reliable plant operation, even in difficult situations such as in winter and spring, and even then, there is no longer any need to constantly start and stop the plant. And it does the ecosystem good too’, confirms Erwin Gattermann.

Because the active substance in VTA Biosolit® in phosphorus precipitation is high, the dosage can be kept low. This is not only economical and cost-saving, but reassuring too: for high inlet loads, they were now in a position in Passau to react quickly where necessary by increasing the dosage quantity – easily and with an immediate effect.

Last but not least, VTA Biosolit® also makes a contribution to climate protection: it increases the water’s buffer capacity, improving binding of the CO2 produced during the degradation process – the CO2 emissions decrease significantly.

VTA polymers also in use

Incidentally, VTA expertise is also applied in the sludge line in the ‘City of Three Rivers’. Independent external engineering consultants carried out dewatering tests with aggregates and polymers made by various manufacturers. In both technical and economic terms, the VTA polymers impressed. ‘This means that with VTA, we have found a strong partner for the dewatering side of things too’, say Erwin Gattermann and Wolfgang Hanschke with satisfaction. 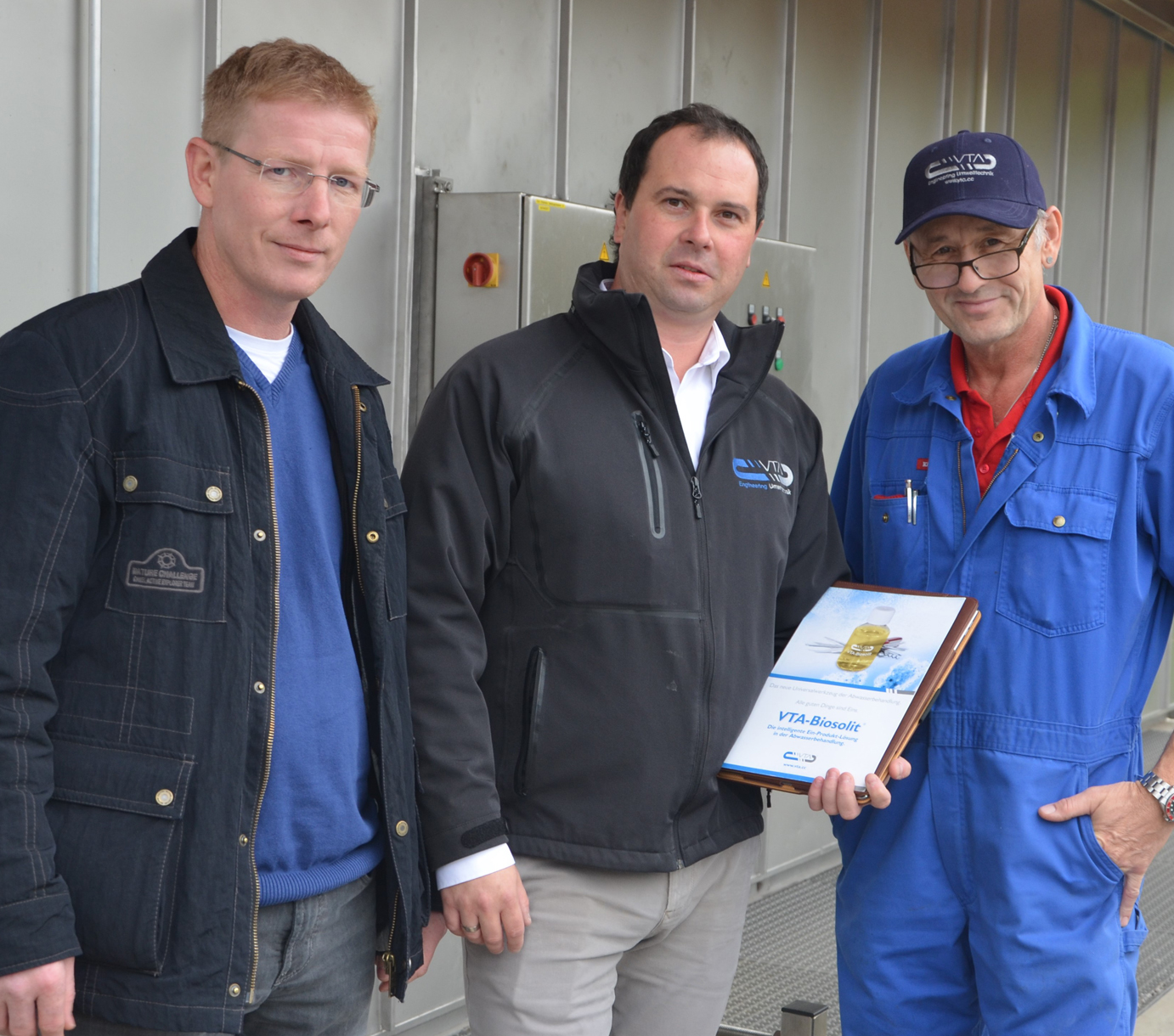 ‘Thanks to VTA Biosolit®, we have consistent drain values and reliable plant operation, even in difficult situations!’

Better than ever before

Soft water, low pH, low temperatures: at the Stanzach treatment plant in Tyrol, optimum wastewater treatment is not exactly easy – but thanks to VTA, it is reliable and larg