It all works out

The names of Weingarten’s most famous product have been known for more than a thousand years: Riesling, Pinot Blanc, Silvaner and other fine wines grow on the hills surrounding this community of 9,700 people, which is situated near Karlsruhe in Baden-Württemberg’s Rhine plain. The hallmark of the town centre is its traditional half-timbered houses, and even the treatment plant is situated at an idyllic location at the green fringes of the forests that surround the town. ‘We could almost be the town’s local recreation area’, says Harald Schumacher with a grin. He is 51 and has been working at the plant run by the ‘Am Walzbach’ wastewater association for almost 20 years.

Built in 1975, the treatment plant disposes almost exclusively of wastewater from the municipalities of Weingarten and Walzbachtal. With a design capacity of 29,200 PE, it handles a load of 27,500 PE, in other words working to capacity. In 2005, the plant was converted to improve aeration in the two activated sludge tanks.

For a long time, wastewater manager Schumacher was generally satisfied with the plant’s cleaning performance rate of 98% and with the key operating parameters, such as COD, but the winter of 2007/2008 caused problems. The mixed weather conditions and considerable temperature fluctuations that winter made plant operation increasingly unstable, leading to deviating ammonium and nitrate values, the formation of scum and an increase in the occurrence of the filamentous bacterium Microthrix parvicella, which even the use of an aluminate mixed product could not get to grips with. ‘We were using a product that had two properties: cheap and dirty’, says wastewater manager Schumacher to summarise. In terms of environmental concerns, he was not happy with the situation either: ‘We want clean water to come out at the back, and we’re dumping in heavy metals like nobody’s business at the front’, he says somewhat dramatically in his Baden accent. In June 2008, all of this prompted him to switch to a VTA product in the Biokat series. With resounding effect: the plant’s ecosystem was successfully activated and settleability saw a marked improvement – a crucial plus in terms of plant reliability. This remained the case during the past winter, which was again challenging in terms of wastewater treatment.

Microscopic analysis in the laboratory – an important VTA service that provides informative results for operational management – has shown that the use of Biokat has significantly improved the sludge structure in a very short time. The filamentous bacteria, which are present only in moderate numbers, are well integrated into the compact activated sludge flocs. There is no floc outflow. Today, the treatment plant is much more resilient hydraulically – an important point, because the sewer mixing system means that it occasionally has to cope with a lot of surface water. The plant is well able to manage the annual grape harvest and pressing season in autumn, which sees increased water volumes: ‘Since we’ve been using VTA, there’s no longer any difference’, reports Harald Schumacher.

Expansion is no longer an issue

The visibility depth in the relatively small secondary clarifier has doubled compared to the past value and is now 1.6 metres or more – and that in an overall depth of 3.5 metres. Since the VTA product has been in use, the drain values have been so good that expansion of the plant is now no longer an issue. This of course saves the two municipalities in the association the need for a high investment.

Benefits for the environment too

Speaking of costs, the use of Biokat has reduced the volume of sludge produced by 10%. This of course also means equivalent lower costs for disposal, in this case at an incineration plant.

So it all works out for Harald Schumacher: ‘The bottom line is that products from other suppliers that can do less cost at least as much. But with VTA, I also have greater plant reliability, comprehensive service and the certainty that I am not polluting the environment. With some other products, you don’t even want to read the data sheet, it would make you feel ill.’ Harald Schumacher is convinced that with VTA Biokat, he has found the best product for his plant: ‘I’m very satisfied, I’m sticking with it, and I’ll be recommending it to others.’ 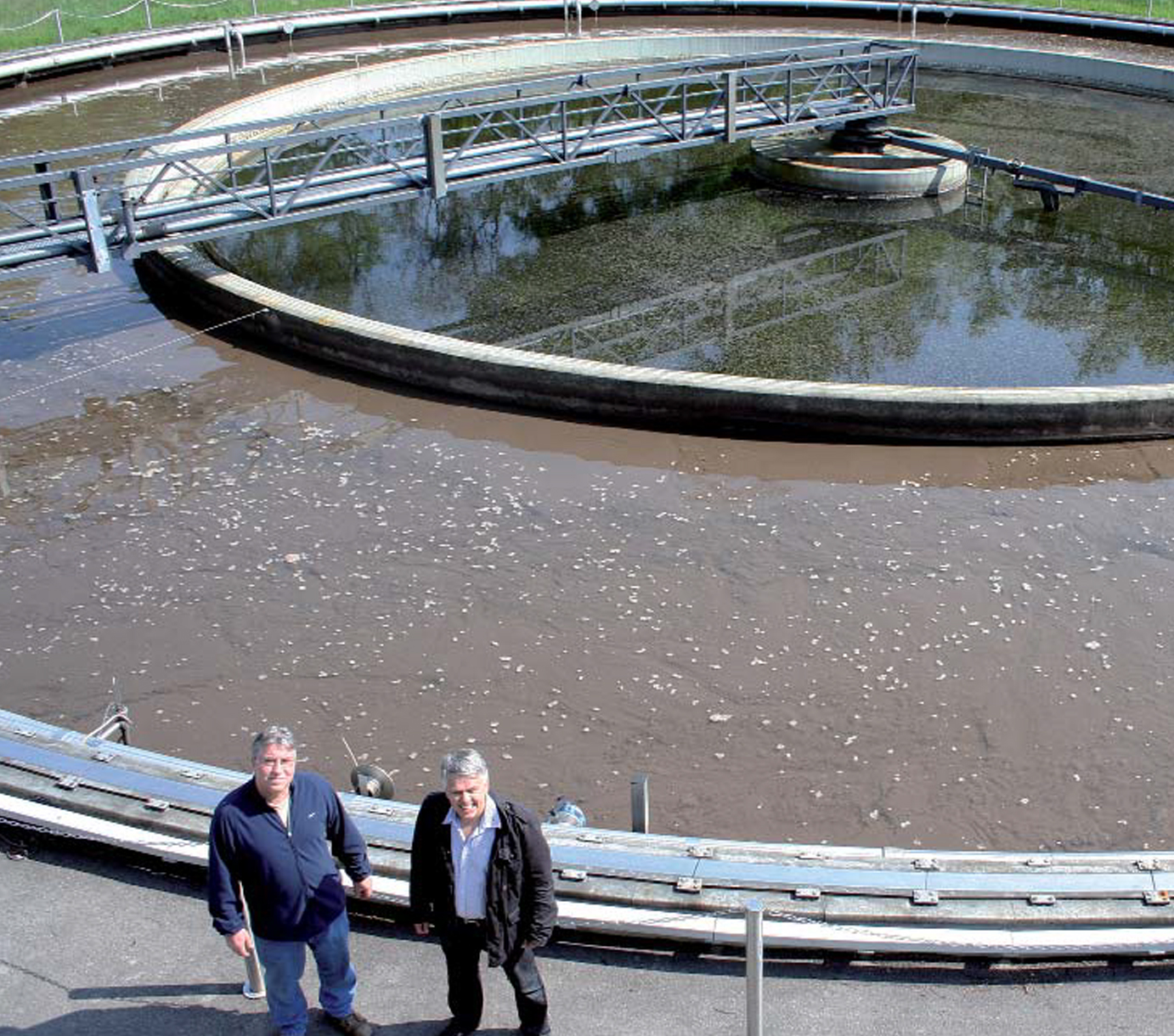 The bottom line is that products from other suppliers that can do less cost at least as much. But with VTA, I also have greater plant reliability, comprehensive service and the certainty that I am not polluting the environment. I’m very satisfied, I’m sticking with it, and I’ll be recommending it to others.’

Do you need more information?
We look forward to hearing from you.

VTA Biokat® - Microbes made to measure

Whether it’s lemonade or wheat beer, there will be a large amount of wastewater wherever beverages are produced.