VTA Biokat® - Microbes made to measure

An example from Upper Bavaria shows how even persistent problems with plant operation can be resolved quickly and reliably.

A highly effective precipitant that for good measure also supplies exactly the microorganisms that a treatment plant needs – something you’ll only find at VTA.

For almost 30 years now, the municipality of Oberau in the district of Garmisch-Partenkirchen, Bavaria, has been using a pond treatment plant. It has a design capacity of 4,900 PE and, in addition to a mechanical and a biological treatment stage, also has a chemical treatment stage. This municipal treatment plant is after all within the wider protection area for Munich’s drinking water supply, and the receiving water stream, the river Loisach, flows into the beautiful Lake Kochel 20 kilometres from the plant.

However, the plant was repeatedly afflicted by load surges, contaminants such as tensides in the inlet and the resulting inhibitions of the ecosystem. ‘We had real problems’, says plant manager Hubert Haaß, looking back on unpleasant times. These are now a thing of the past, because a product combination from VTA has been in use in Oberau since autumn 2014. One of the two pillars is VTA Biokat®. This patented system product is not only a highly efficient precipitant that produces targeted, strong phosphate precipitation: it also contains microorganisms – in fact exactly the microorganisms that the Oberau plant’s ecosystem needs and microorganisms that are particularly badly affected by contaminants.

Cultivated in the bioreactor

The microorganisms in question are first determined in each individual case by detailed microscopic analysis. The relevant bacterial strains are then cultivated in VTA’s biology department in a dedicated bioreactor (fermenter), matured and finally added to the VTA Biokat® specification used. These microorganisms can then systematically reinforce the target population in the biological stage at the treatment plant and ensure exceptionally high cleaning performance, especially with respect to nitrogen and COD.

‘Unlike inoculation with activated sludge from other treatment plants, the transfer of microbes with the precipitant VTA Biokat® is targeted, specific and without the risk of also introducing unwanted microorganisms such as filamentous bacteria’, explains Bernhard Scheuringer, VTA employee and expert in technical field service. Scheuringer tailored the product combination to the needs of the Oberau treatment plant.

Strong floc from the inside out

In addition to VTA Biokat®, the second component is the ‘silver bullet’: VTA Nanofloc®. This is a product based on nanotechnology that reliably prevents floc decomposition and therefore inhibitions in the ecosystem by strengthening the floc – not on the surface but from the inside out. This produces compact, stable floc that contaminants cannot harm. The dosage of VTA Biokat® and VTA Nanofloc® is continuously adapted to the current composition and performance of the ecosystem. This is possible because ongoing measurements provide information about contaminants and inhibitors. ‘Inhibitions in the ecosystem occur in many treatment plants without the operators realising it. This is always something worth looking into’, is the recommendation of VTA expert Scheuringer..

Permanently in the green

With just a few figures, Hubert Haaß sums up what has changed in Oberau: ‘Within a few days, the sludge volume index fell from more than 250 to around 100 ml/g, where it has since remained constant. Cleaning performance is up by 25% for nitrogen and no less than around 30% for COD. We now have ideal values and things are permanently in the green. I don’t even have to worry about heavy rain, although our secondary clarifier is on the small side’, says the plant manager. He also has confirmation from the water authority that everything is in good order, although the plant often operates at the limit of its load capacity. Without VTA, conversion on a large scale or new construction would probably not be avoidable in the long term. 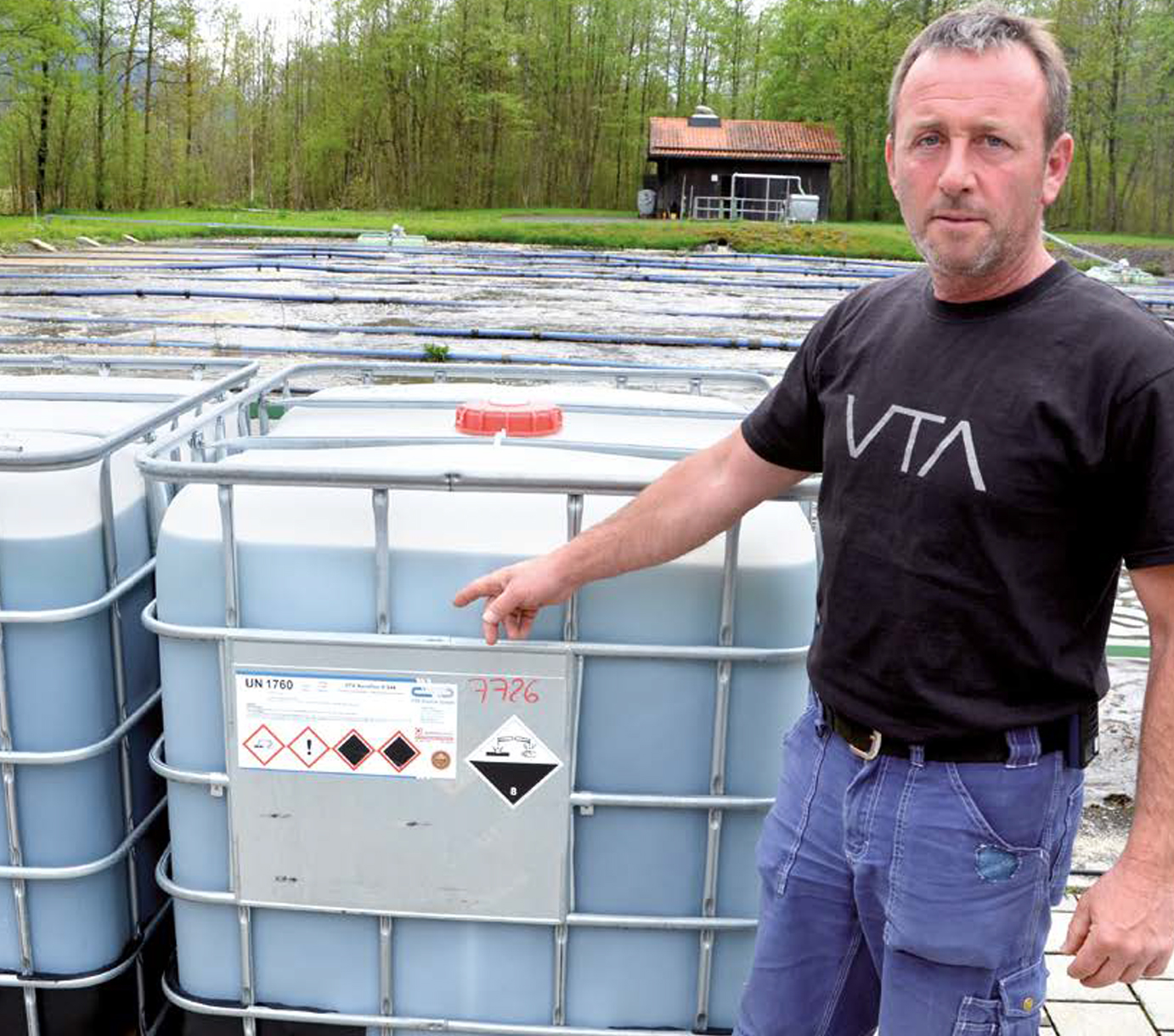 ‘Cleaning performance is up by 25% for nitrogen, and no less than 30% for COD. Operations are now completely reliable.’